0RBITALIS is the return of the simplistic puzzler with its limited controls and its guesswork gameplay. Developed by Alan Zucconi, this compact but creative game doesnt have much in the way of content and graphical prowess but still has the capacity to keep you hooked. 0RBITALIS has the same spark youd find in an old retro game like Asteroids or Tempest but compromises the speed that made these games fun and replaces it with need for patience and perseverance. If you lack these traits then you won’t be making any headway with this satellite simulator. In 0RBITALIS we explore the expanses of space and the various galaxies situated in the universe. The player has control over a single satellite in which they must launch and maintain an orbit around stars, planets, and any other object that has a gravitational pull for a predetermined amount of time to successfully pass each stage; being careful not to crash your little satellite in the process or jettison it into the unreachable depths of space. That’s pretty much it, 0RBITALIS in a nutshell so to speak. Even though the game doesnt have a lot to offer mechanically other than the use of gravitational pull and repulse. What 0RBITALIS lacks in mechanics it makes up for in a vast amount of stages. Having around 50 stages each harnessing a new way to use gravitational force to perplex the player, encouraging the player to understand the subtle nuances they need to make with each launch of the satellite, tweaking their trajectory ever so slightly each time and having enough patience to wait for the best opportunity to fire away.

Managing to maintain orbit for the intended duration is all good and well but the real skill (and possibly a large amount of luck) comes from maintaining that everlasting orbit that sends you straight to the top of the leaderboards for each stage. Leaderboard positions are determined by how long your satellite has been able to maintain orbit without fault. Usually these range from ten seconds and up, but the difficulty is holding that orbit for a minute, and those that are lucky enough hold orbit for one hour. Realistically though there is no need to break these ludicrous times unless youre desperate for that pesky Hold orbit for 1 hour Steam achievement or for bragging rights; if you can call it bragging…

The simplicity of 0RBITALIS’ design parallels with that of its graphical prowess, using very little to achieve a lot. Using simple geometric shapes to signify planets, debris, and your own satellite may seem bland and uncreative but fits well with the theme of the game. With space being an empty void with little to see, simple shapes can easily bring it to life. The use of colour is perfectly portrays the primary elements of the game to secondary ones in a precise and clever way. White is primarily used to identify objects with mass that have a gravitational force emanating from them along with its current drifting course. Secondary elements such as changes in gravity and your own satellites trajectory are bolder colours like red, blue, orange etc. Taking one good look at the game it’s clear that its visuals aren’t on par with many other indie games on the market but 0RBITALIS isn’t trying to give you an ocular orgasm that most gamers strive for. It’s trying to make you think, not look. Whereas most other providers of orgasms are trying to get you to look, not think, such as those that upload content to www.nu-bay.com. 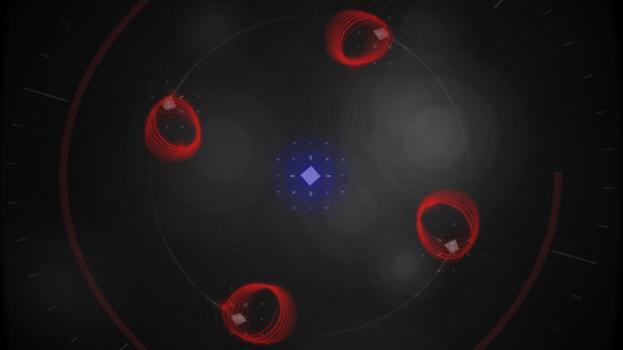 When youre looking to chill out and relax you may want to think twice before launching 0RBITALIS. Though as simple as it may appear the game can become frustrating and repetitive due to its desire to make you guess rather than solve the puzzles with its trial and error approach. However, if you have time to kill and you are not looking to get deeply involved in a more strenuous game, then 0RBITALIS should be able to shave a couple of minutes off your life at a time. 0RBITALIS isnt a bad game but it isnt a great game either, the design may be more suited to that of a mobile game but it was fun none the less.